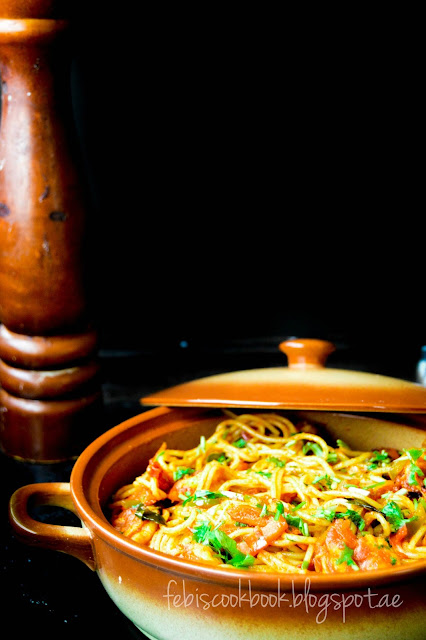 The biggest picky eater in my house is my husband. He eats without complaining much, but he eats very less, i feel my efforts have gone in vain. And when it comes to something continental, he is least fan of it. Though my favorites too are Malabari dishes, i also am in awe with most of foreign dishes, especially due to very less effort and time that goes into making one. 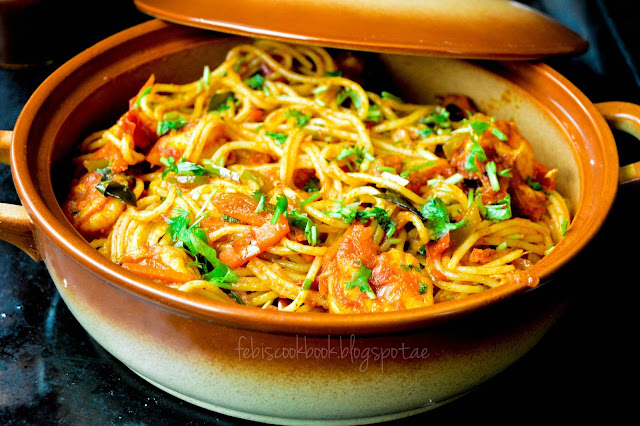 My mother is a great cook, and i grew up eating all the best of Malabar delicacies, so there is no way I do not love them, especially when Umma cooks. But being a good chef, my Umma also like to experiment new dishes  and jots down almost all the recipes that are telecasted in television cookery shows.
So as a kid I was lucky enough to gobble all her delicious experiments. There was no way possibly any recipe could go wrong, especially when she cooks and adjusts a recipe according to her taste. There is really some magic in her hands. 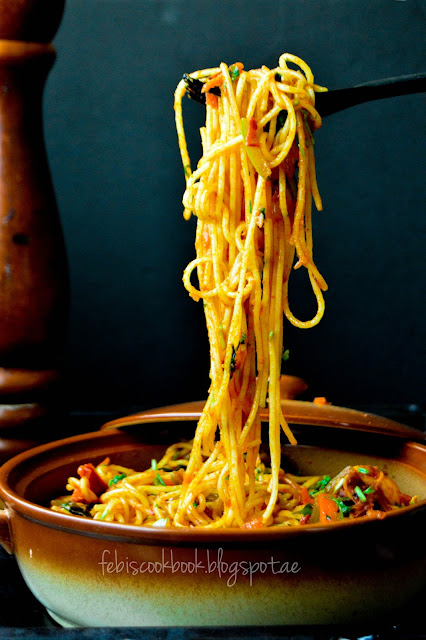 Today's post is Shrimp spaghetti.
I am a great fan of something cheesy and white sauces when it comes to pasta and spaghetti. Whereas the only way my hubby would eat it is when loaded with spices. So I was forced to give this a Malabari twist. My kids love Spaghetti and was begging since ages to make one. As I said, my hubby do not fancy it in any sort, i pushed this away from my food routine to make space for even more Malabar dishes he like.
To put an end to my kids' cravings, I decided to make one at the same time to make my hubby eat the same without much fuss. 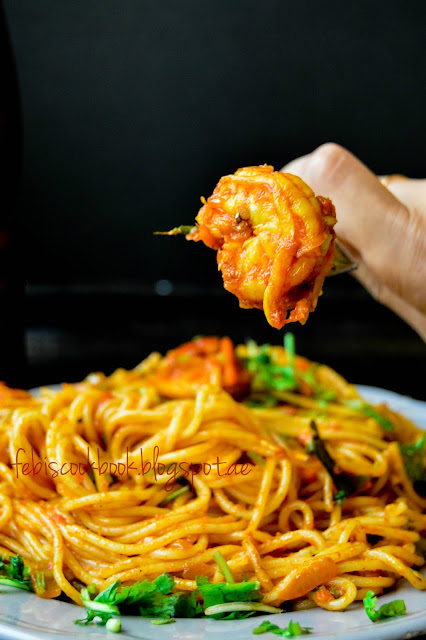 So I prepared a shrimp curried sauce for this spaghetti, with all the spice powders that would be added usually in an Indian style curry. I first cooked the shrimps for a while rather than frying as i feel that would be more flavorsome than the fried version. 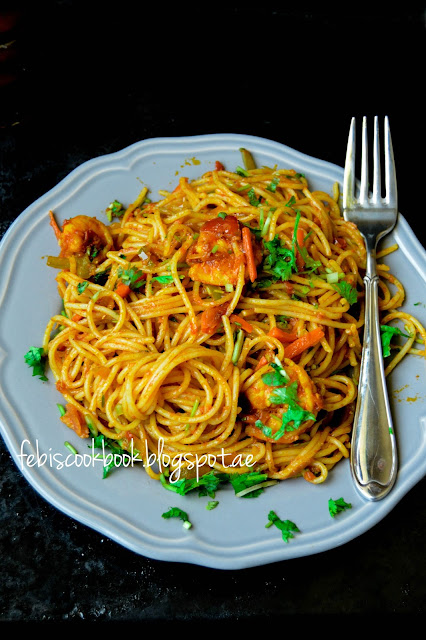 Over to the recipe,
Ingredients: 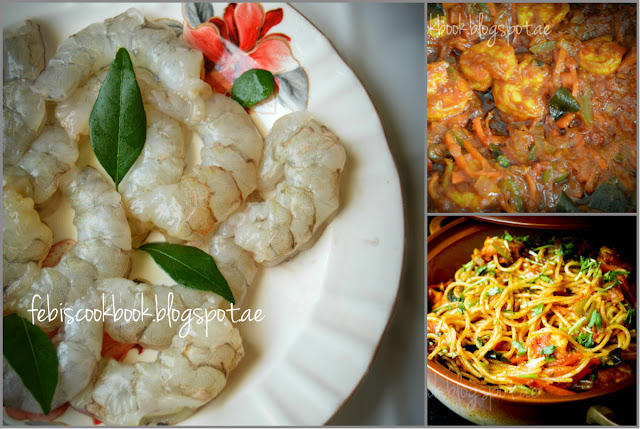